The week started off strong, going into my third partial and second official week of a hybrid p90x3 + running plan. With a spreadsheet and everything.

Monday, I did Total Synergystics – which is one of my favorites. It’s just a nice all around workout and a nice way to start a Monday.

Tuesday was a 3 mile run. I usually try to do intervals on Tuesdays, but I was just not feeling it at all. So I let myself run jog to Frightened Rabbits. It was before sunrise, and the supermoon was all bright, and at one point I let myself lay down on a patch of grass and cry about a lot of little things. (I’m so emo and overwraught it’s actually hilarious.) It ended up being a nice run I’ll remember for a while.

Wednesday it was CVX with an 8lb weight. It felt like 20+ by the time I was done, but I managed to power through the whole thing; ending sweaty and proud.

Thursday: 4 mile run. I typically run with my husband down a boring out and back route near our house. It’s my favorite run/day of the week because we run slow and chat.

Friday was The Challenge. I desperately need more back strength so I can do real pullups. For now, I’ll settle for killing the pushups and using my step stool to do all the pullups.

Saturday morning was absolutely fabulous. We slept late, then went to lunch, walked around the lake for 4 miles, had some ice cream, came home for a nap and then I was hit was an awful bout of food poisoning. Thus bringing my week in action to a screeching halt.

Sunday is usually long run day, but instead I laid on the couch whining that I was tired and everything on Netflix was stupid. My husband was a saint and took good care of me though. And now it appears to be my turn; just as I turned the corner this afternoon, he seems to have succumbed to the worst of it.

Here’s hoping to better tummies (and getting back on track) this week. I refuse to miss my favorite food holiday due to rude germs!

I’m linking and wrapping up (for the first time) with with Holly from HoHo Runs and Tricia from MissSippiPiddlin. 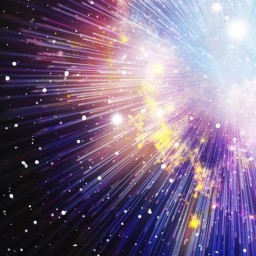